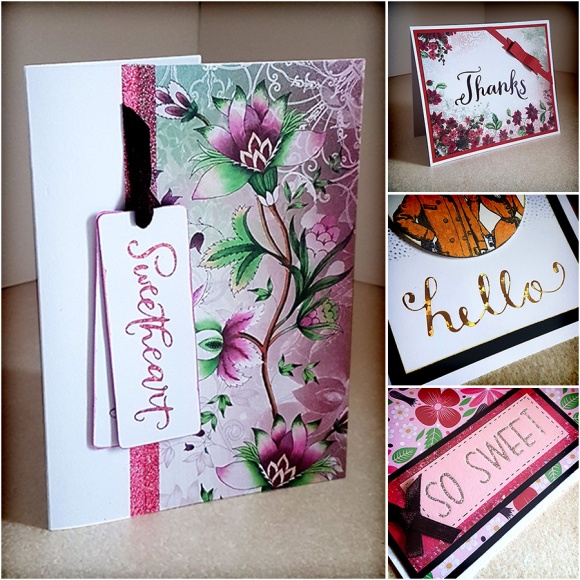 Some Foiling Fun Times On Your Telly Box

I’m just on my way down to Peterborough as I have been asked to pop in and do some fun foiling on a couple of shows tomorrow.

Good job as I’m about to do more than that, lol.

It’s actually been a couple of months since I was last on your screen so I hope that I remember what I need to do!

The range that I will be sharing is the Couture Creations GoPress and Foil goodies. This time around the buying team at Create and Craft have put together another wonderful bundle of hot foil stamp sentiments.

The last time this happened, it sold out! So, to help you I thought that I would share a few things that I have made and that way, you will get to see some of the designs ahead of the show.

There will obviously be more on the show, including the GoCut and Emboss machine and also the GoPress and Foil system so, if you haven’t already seen it, you might want to tune in.

Oh, if you haven’t seen it, I do have a wee archive of blog posts about it and some YouTube videos that you might like to have a look at too.

Anyhoo, I’ve had a lovely time in the craft room getting all foily, sparkly and messy.

Having been sent a range of the sentiments to prepare with for the shows I decided to make a simple card for each one to share with you.

The first was “Hello”. 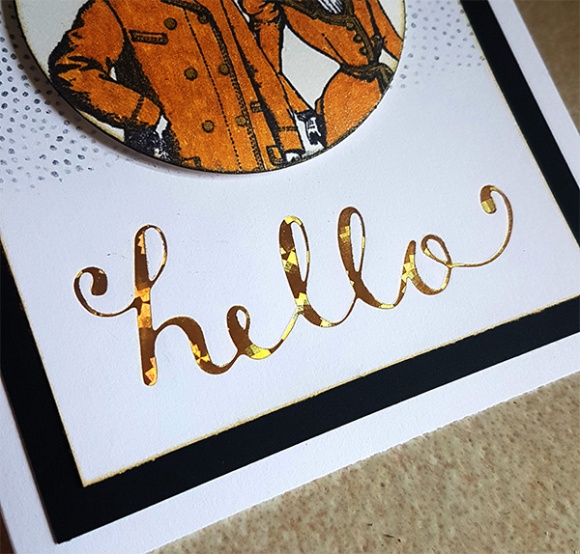 This one will be so useful when you are sending cards ‘just because’. It’s a good size too. The card that I used was 5″ wide by 7″ tall so you can get a sense of the scale. I teamed this up with some camp stamps, a gold glitter pen and some simple embellishments.

Next, I worked with the “To A Wonderful Grandson” sentiment. 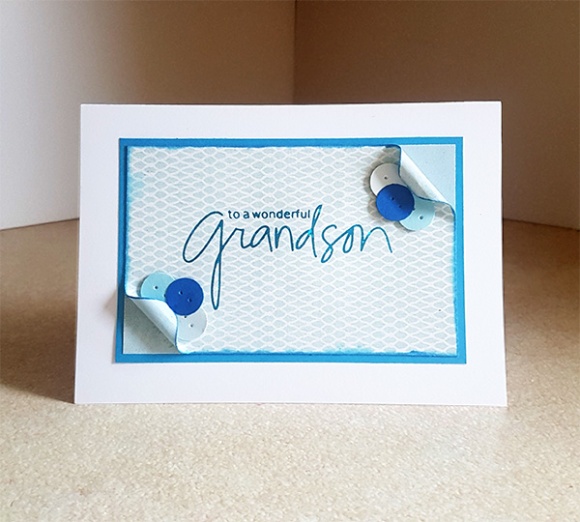 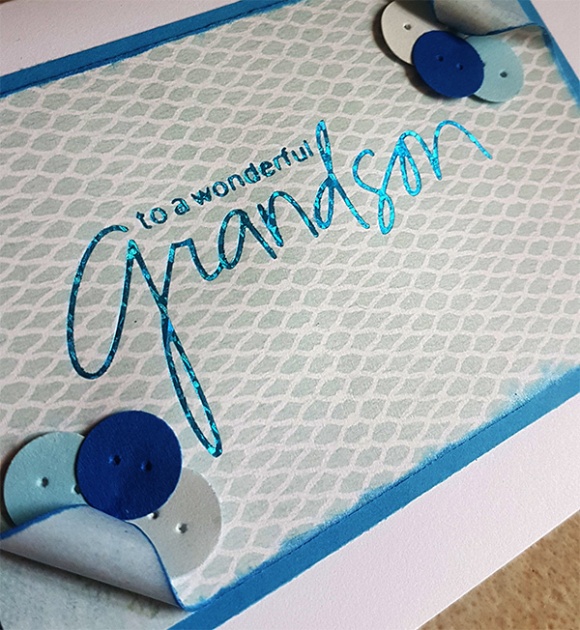 A stereotypical blue paper together with a few faux buttons and the job was pretty much done! The sentiment does a lot of the work here.

Think I was on a roll. Time for another.

This time, it was the “Get Well Soon” sentiment.

Haha! I’ve always wanted to do a card like this with a massive snot blast and a get well soon sentiment. I’ll probably get fired for this, or not even hired again but it made me laugh so much that I’ll happily live with the consequences.

FYI, no real snot was used in the making of this card. It was some watercolour powders. Sorry to spoil the ‘magic’.

Now, next, I got to work with was the “World’s Coolest Dad” design.

I tried to keep this masculine but go beyond the bog standard blue or brown and build in some style and colour so I used a really awesome piece of scrapbook paper and also an embossing folder to create the woodgrain effect on the paper. Then, as if giving a rosette I used a couple of dies to create the topper.

Think I nailed that one. What’s next?

“Thanks” Well, thanks to you too!

For this one I decided to foil the sentiment into the centre of a piece of patterned paper and then layer this onto some cardstock.

Now, I made a boo boo and got an inky smudge on the card and couldn’t get rid of it so I hid it with the paper ribbon strip which, in my opinion, looks really good. A happy accident, if you will.

Phew, five down, a few more to go.

Join me on page 2 for more of these lovely makes!!!

10 responses to Some Foiling Fun Times On Your Telly Box

This Blog Has been Seen By

You Can Also Find Me Here …

Achievements For This Blog