Well hello thar! I’m back on the blog and have been making and creating whilst resting and relaxing so have a few things that I am excited to share with you over the next week or so.

First, let me tell you that I did indeed manage to go shopping to various craft stores, charity shops and other locations to grab and snaffle some creative stash.

… good job really as the canvas that I was working on wouldn’t have taken this lot! lol. 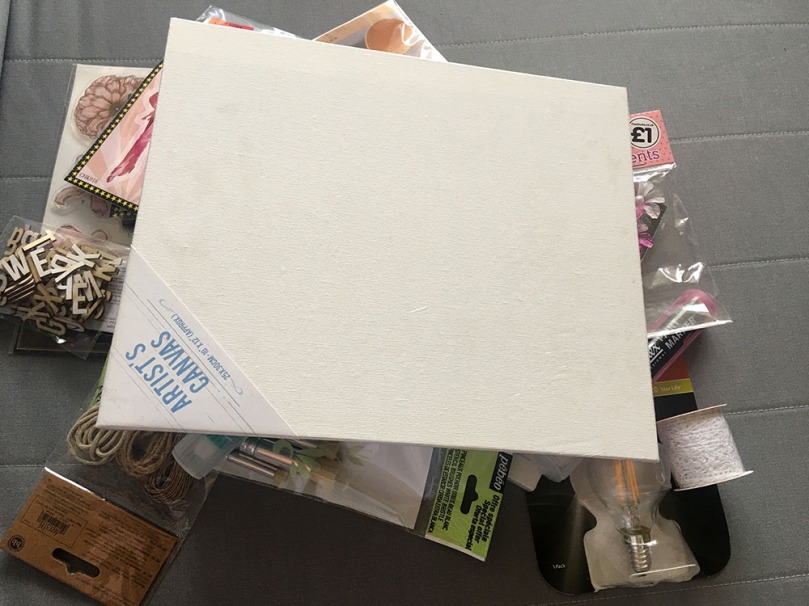 Having sorted and stowed the rest of the bits and pieces I cracked open some natural string and lace ribbon. 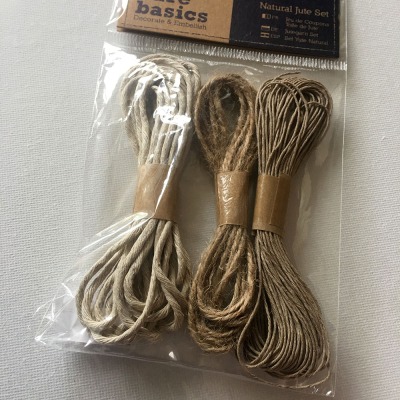 This I used to create a background texture on the canvas, criss-crossing the lengths over the whole of the surface area. This was stuck down to the back with some tape.

Some single ply napkins were then popped open one sheet was snaffled from the pack of 100 – thinking these might go a long way!

This sheet was laid over the canvas …

… and a fine spray of water and glue was wafted over the top.

Didn’t want to super soak it as it was only single ply.

I also applied various torn bits to the central area to make a more focused area on which my design would sit.

Once dry I began laying out some elements to try and work out a layout.

The brown stuff is air dry clay that I had squished into a thin layer and then snapped in half. There was also a die that I planned to used and some bottle/jar tops.

After moving the design elements to one side I glue down the air dry clay and then gave it a coat of white gesso.

As ever, I began changing things as I worked and decided against the jar/bottle tops and instead had a rummage through the bits and pieces box and found some card tags and a 3D print that I had left over from a previous project.

Thought these worked really well and continued to rummage and pulled out some chipboard tags, that I had got from Kanban Outlet during my travels and also a wooden butterfly shape.

One extra thing that I made to go with this was an air dry clay bee that was formed in a push mold from Mod Podge. 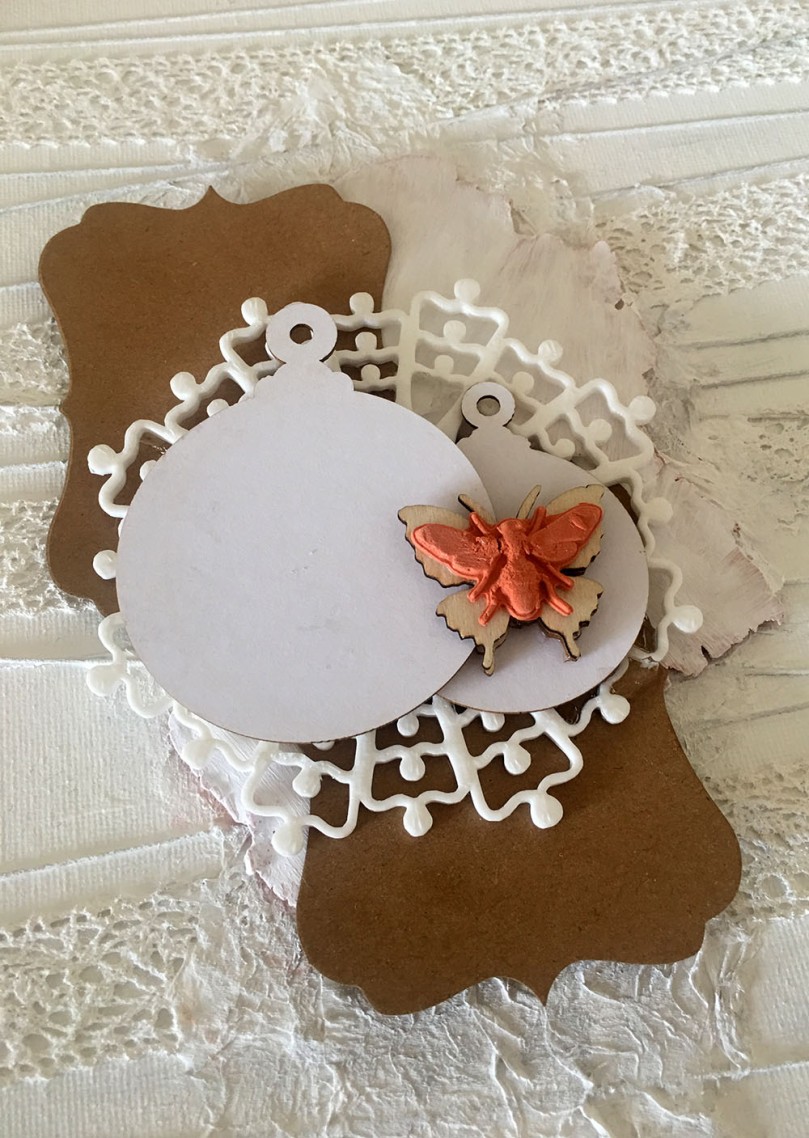 Now, I needed a sentiment so I cracked open a bag of self adhesive letters.

20 thoughts on “Be Free And Embrace The Space”