Today I’ll be kicking off my Christmas projects (better late than never). These will be a collection of Christmas themed makes and handmade gifts that I have been working on recently.

This first one is a quick and easy range of gift tags that I have been experimenting with that I hope to adorn my handmade Christmas Gifts with.

They use very little in terms of materials but still gave me some freedom in how I decorated them.

The starting point for these tags was a simple shop bought (don’t shoot me) tag in brown manilla (kraft) card. 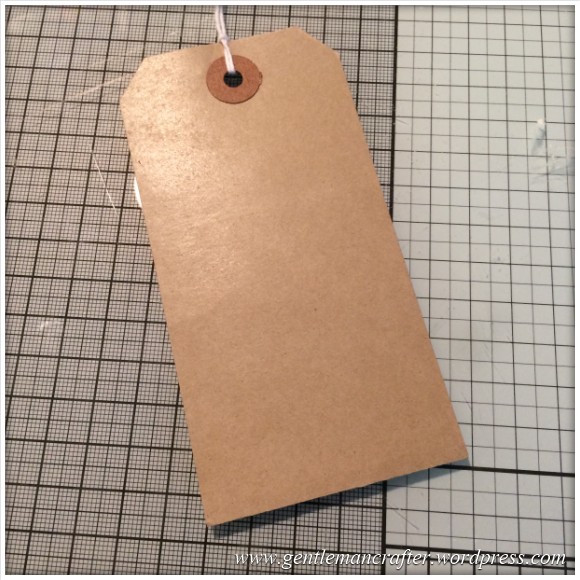 The stamps that I chose to work with were from a free set that came with Issue 5 of Get Stamping magazine – I think that they have stopped publishing this now :(

Anyway, I got the bow stamp and used some Onyx Black Versafine ink to stamp this out. I used an acrylic block with a grid on to help me line it up – mostly because it’s so darn dark with the winter light at the moment – and I haven’t got around to fixing the ceiling light either yet, lol.

I used the second generation ink to stamp onto a post it not and then cut this out and popped it onto the design.

On the set of stamps there was a strip stamp that had a similar pattern to the bow so I used this to stamp out a couple of strips to make it look as though this was ribbon wrapping itself around the tag. 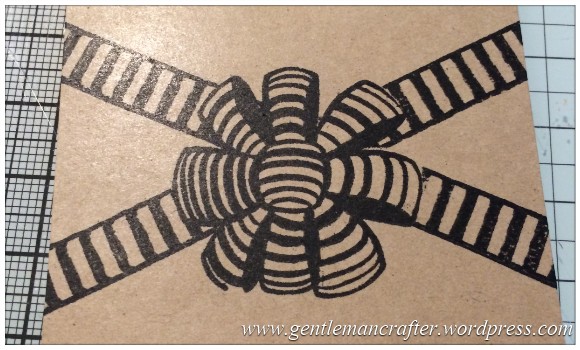 To give the design a little more dimension I used an IG1 Spectrum Noir marker to pop in some shadow. 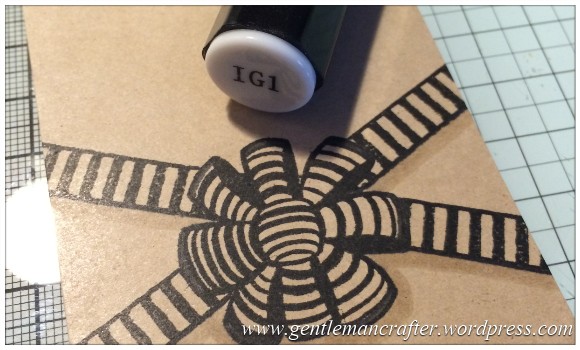 When it had dried it wasn’t quite dark enough so I added a bit of IG2 also.

I had noticed earlier that there were a few gaps in my stamping so I also used a Faber-Castell PITT artist pen (which has the same colour/look of versafine) to fill in the gaps. 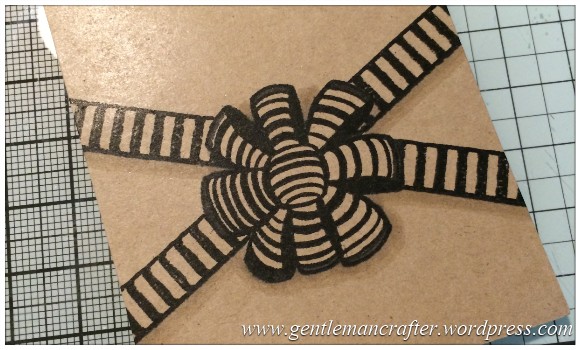 I added the sentiment (one of my faves) which was also from the same set of stamps as the bow.

To colour this tag I chose to used a cream acrylic paint and a fine (double zero) Cotman paintbrush.

I must admit that my hand isn’t as steady as it used to be so this was a bit of a challenge!

Ok, it wasn’t a bad job however there were a few places where I had wobbled outside of the lines so I reached for the PITT pen again and went over the black lines. The PITT pen is a waterproof lightfast indian ink so is super opaque and covers the acrylic paint well. 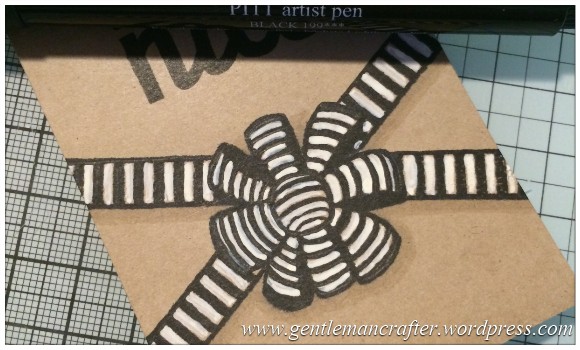 As a tiny little finishing touch, and because you know I can’t resist the bling, I added a little gem onto the dot above the ‘i’ in nice.

Well, I was happy with that one so I set about seeing what else would work as decoration for the bow and did a few testers …

There were various things there from Wink of Stellar pens to gold liner pens and various white paints.

I chose a couple of that I thought looked nice and made a couple more tags in a similar fashion to the earlier one but with a little variation in layout.

There was one with a gold liner.

One with gold liner AND wink of stellar.

and the one that you saw earlier.

Ok, not a bad start. Just need to make a few more, along with all of the decorations that I have previously mentioned, more blog stuff ….. etc etc etc blather.

Hmmm, Christmas is getting a bit of a “to do” trauma. Maybe I should go round someone else’s house again this year – that’ll save a few jobs.

Lol, anyway, how are your Christmas preparations going? All sorted yet?

As I mentioned I will be trying to pop a Christmassy post on everyday up until Christmas so, if you are not in a mental rush trying to sort it all out, please do stop by.