Until now I have only really been using the Tim Holtz Distress Inkpads to add a shade of colour to a large area, or to accent the edges of a design so I decided to sit down and see if I could make it more of a feature for a design.

As I was looking for a bit of inspiration I stumbled across this piece of paper in my stash.

Nice isn’t it? (It’s from Die Cuts With A View in case you are interested).

Anyway, what I loved about it was the geometric styling and I wondered if I could create something similar.

I therefore set to work.

Grabbing a pencil, ruler and eight inch square card I started dissecting the card with diagonal lines and then horizontal and vertical until I had a pattern that I was happy with.

I did some colour tests to see which of the Tim Holtz Distress Inkpads that I would use on the final design.

The colours that I settled on are shown here.

I hadn’t used these colours much until now so was interested to see that I was happy with the colour combinations.

Anyway, I began masking off sections and then inking.

I used the colours in pairs with the lighter to colour the whole section and then the darker to add a shaded tone to one side of the triangle.

Here is the design after I had done the first row. 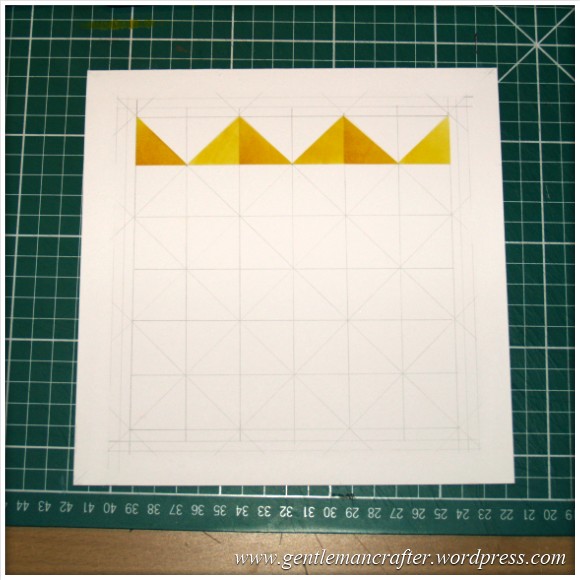 You can see the penciled pattern there also.

Here is a closer look at the design as it was then.

I repeated the process for each row – masking and then inking – until I got to the end of the page. 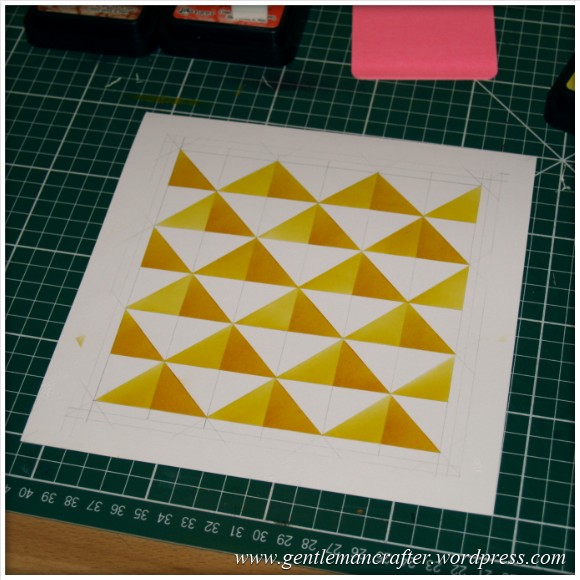 After completing the first set of rows, I returned to the top and began the second set with the other two colours.

As I took of the masks on the penultimate row, it looked like this.

But at this point disaster struck!

One of the post it note masks that I had used had become too saturated with ink and bled through. 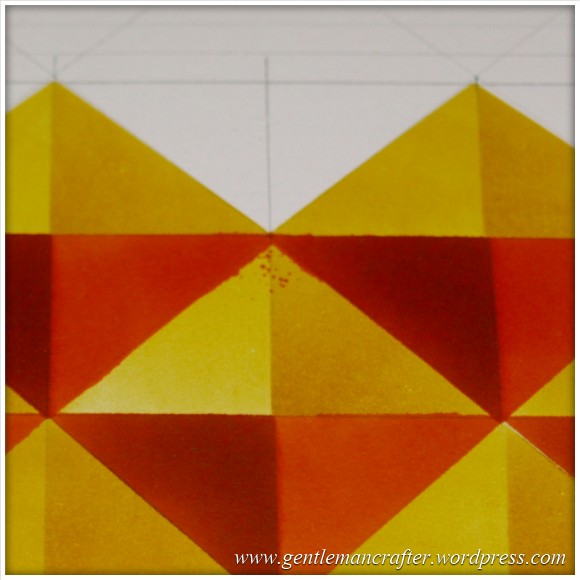 After breathing into a brown paper bag for a few minutes I realised that I could still use the lower portion of the design, so instead of being a square card it would be a rectangle.

I chopped down the design and also traced over the pencil lines with a Pigma Micron pen. 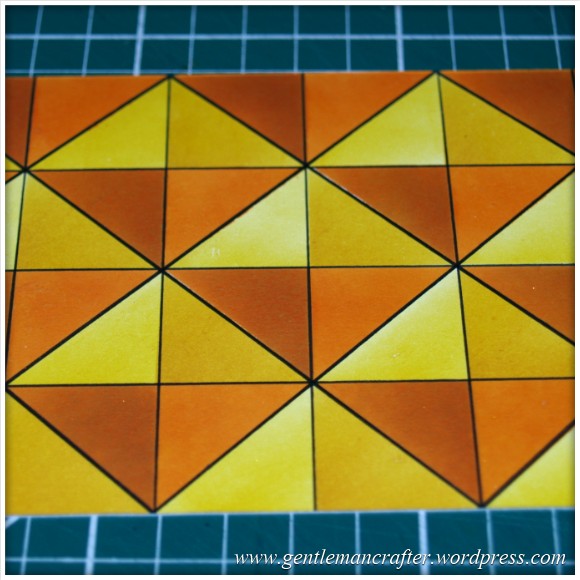 Right, I had already selected my sentiment earlier, from a sheet by Creative Expressions, so stamped this out, inked it with the same colours and then layered it onto black cardstock.

Now, was this going to be landscape or portrait? 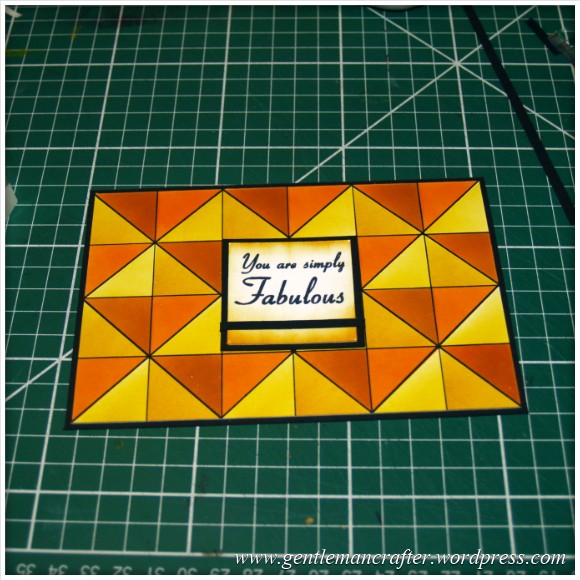 I guess that it could have worked either way, but I chose landscape.

(You’ll probably have noticed that I had also taken the preparatory step of wrapping a thin paper strip around the sentiment. This was because I was going to add a bow later and a similar strip to the card).

Anyway, I layered the background design onto a white card (and trimmed to size).

Then I finished it of with a die cut bow and a little gem. 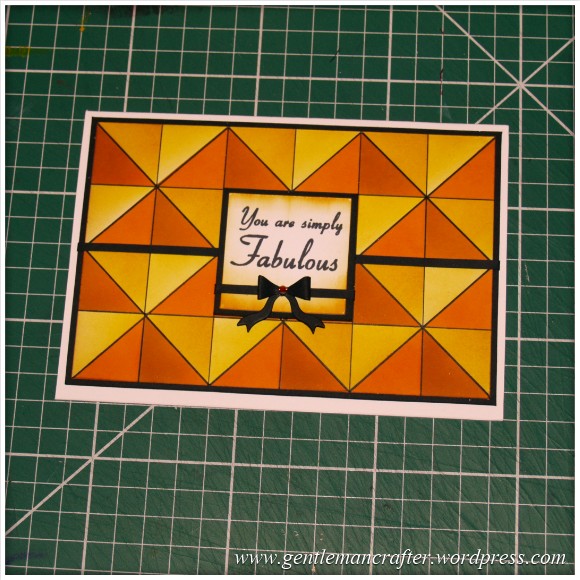 And again, but standing up. 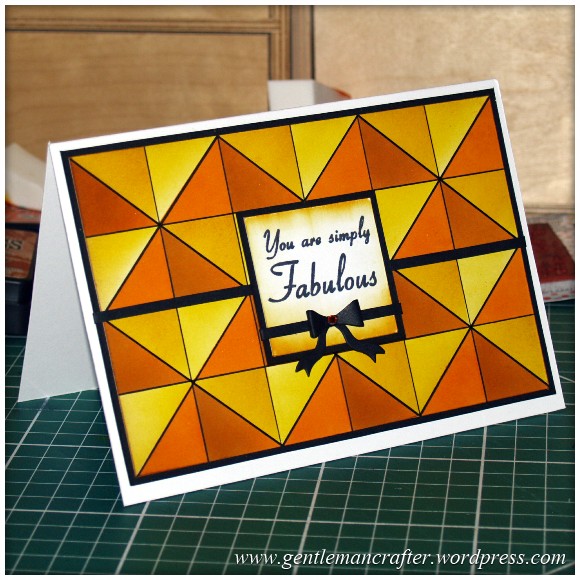 I think that, despite the almost disaster, it turned out right again.

What do you think? Is this something that you have tried?

As ever, if you have any questions, comments or thoughts about this post please feel free to use the comments section at the bottom of this page.

Many thanks for reading.