Well my friends since appearing on Create and Craft TV with the CoLiDo Compact 3D printer I have been working on various experiments and was saving today’s post for a couple of weeks time but liked it so much thought that I couldn’t hold it back.

So this project started with a 3D print of a head.

I tried several size variations and also tried it as a completely 3D design however I didn’t really like any of them so edited this in Microsoft 3D Builder – a free 3D design suite built into all Windows computers with Windows 10.

This was sent to print on my CoLiDo Compact 3D Printer. It took a while as this was a big head – no jokes please. It kept popping in every now and again to see how things were going and eventually the print finished so I whipped it out and laid it on a canvas board. 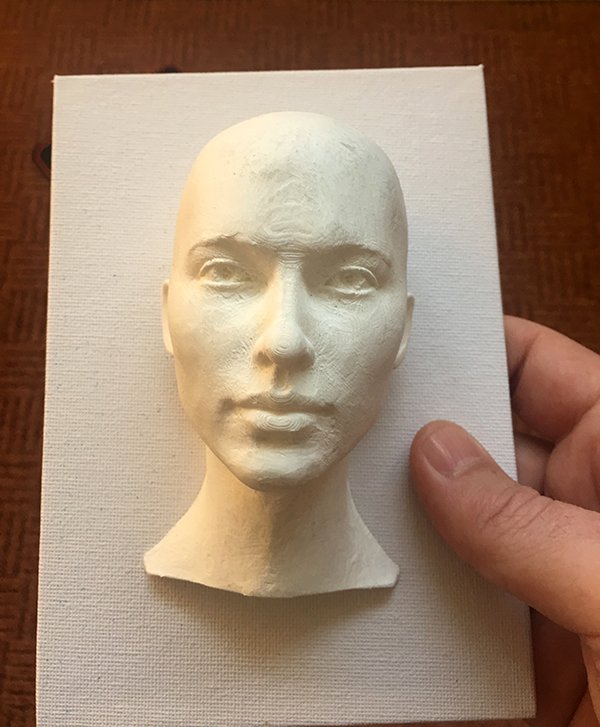 To soften the ridges that are naturally formed during the print, as it is made of layers of filament, I gently sanded the ridges down a little with a nail file and then applied a little carve-able paste to give it a more stone-like texture.

Cool! Right, time to go to the loo.

No, not for a number one or a number two – I need loo roll for the next stage as I already had an idea of what I was going to do with this.

To give you a head start on this thought process imagine girl with a pearl earring. That’s the style that was going through my head at this time.

I applied three folded strips and glued them down with Mod Podge.

More loo roll was then used to make the hood to this head gear.

Finally, for this stage, I applied more loo roll to the background and smoothed it down with more Mod Podge to give a textured background. 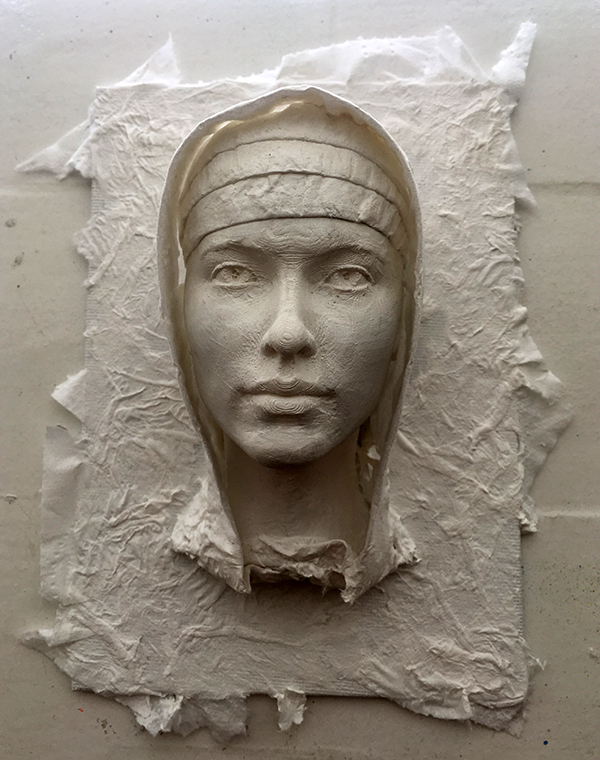 Now I will admit, I was tempted to leave it as it is right now but I think that would have been a cop out and besides I have some new metallic paints that I haven’t used yet so I used some car spray paint primer to coat the whole thing.

Even this looked good as it was.

The new metallic paints? They were this gorgeous set from Ken Oliver.

At first I mixed them with art painting medium, a colourless very fluid acylic style paint. 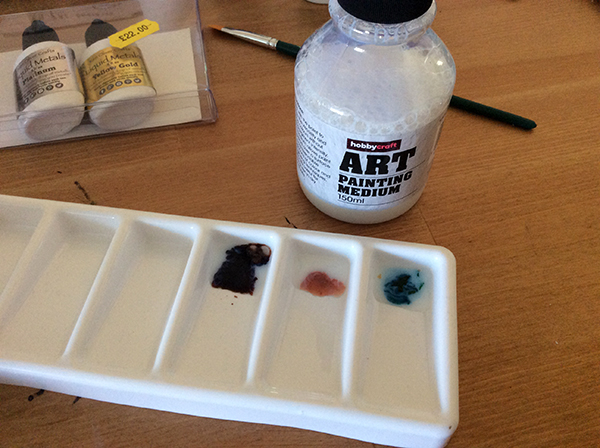 Which did give an OK result.

It was a little too much for me so I repainted the face with black acrylic and also applied subsequent layers and drizzles and spatters of the metallic paint until I was happy.

The neck seemed a little exposed so I had a rummage through the die box and also the embellishment box and came up with a few goodies.

To make sure that they coordinated with the rest of the design I coated some cardstock in the Ken Oliver metallics – which I freakin’ love by the way – and also coated a cameo that I found.

Flower and leaves were then cut from this cardstock and cut in place with Pinflair Glue Gel.

From here I simply dry brushed a tiny amount of copper gilding paste over the crumpled tissue background and she was complete!

Ok, time for the catwalk show! 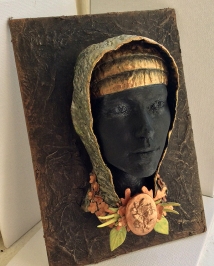 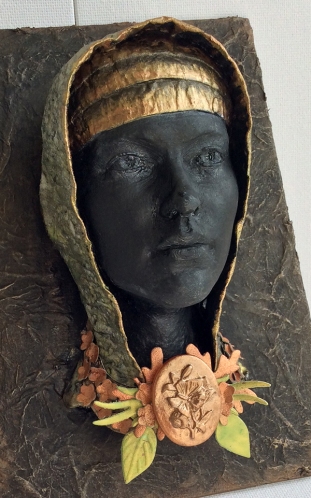 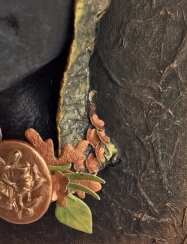 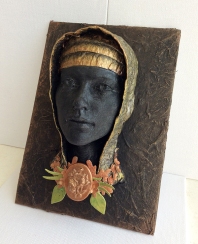 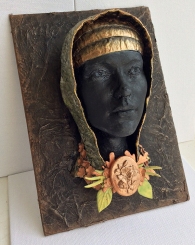 What do you think? Would you have stopped when it was just the marble white colour or would you have gone on to do more?

Either way I think that you can see that 3D printing is something that doesn’t have to end at the completion of the print.

If you are interested in finding out more about these fabulous machines, why not head over to Create and Craft TV now.

Right, I’d best get on and get some more stuff printed.

Hope you have a great day.