Well now, I’ve been deliberating, cogitating and pondering about getting myself into 3D printing for some time.

Is it just another use for my bank account or will it actually change the way I craft? It’s a bit like a cliff hanger right at the start of the post isn’t it?!

So, let’s begin at the beginning.

Whilst I was last down at Create and Craft TV HQ, minding my own business in the hotel, I received a rather exciting email. Here is the excited email face …

Hmmm, maybe I shouldn’t pull that face in front of a mirror.

Anyway, the content of this email was thus – “Would you be free to take a look at a 3d printer and then demonstrate it on air in May please?”

Frantically prodding at the phone screen whilst trying to sound nonchelant, I replied, “Ok”. Brief, but to the point. No miscommunication there I think you will agree.

What a rather lovely coiincidence – a chance to try out this marvelous emerging technology!

Anyway, a few more emails later and an introduction to the team at Print-Rite and a 3D printer was on it’s way to me.

The 3d Printer in question is the CoLiDo Compact from Print-Rite. Previously a sell out in a matter of minutes on Create and Craft TV so I was excited to be getting involved with a popular model.

It was like Christmas when it arrived! A large well taped down box just waiting to be opened! 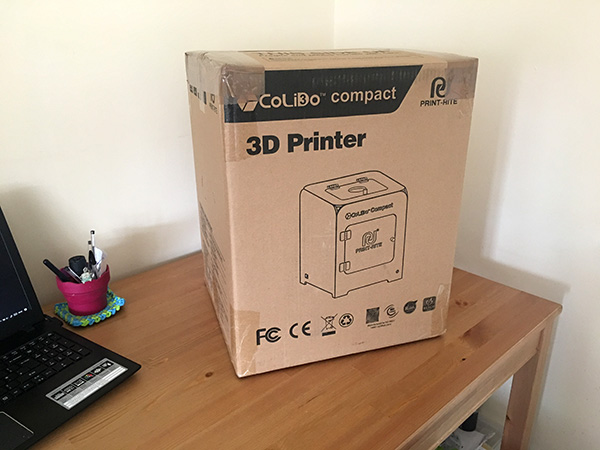 I had to hold on to my excitement though as I had promised my friends that we would go out for dinner when I had got back from Peterborough.

Off to Largs we went to the wonderful Nardini’s!

It’s a rather well decked out Art Deco style eatery.

Food ordered and delivered to our table and we stuffed our faces with the most amazing fish and chips, or ‘fish tea’ as they call it here. ‘ 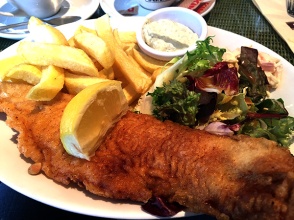 Fish Tea’ even included ice cream for pudding! It was that lovely that we decided to toast the evening with it! 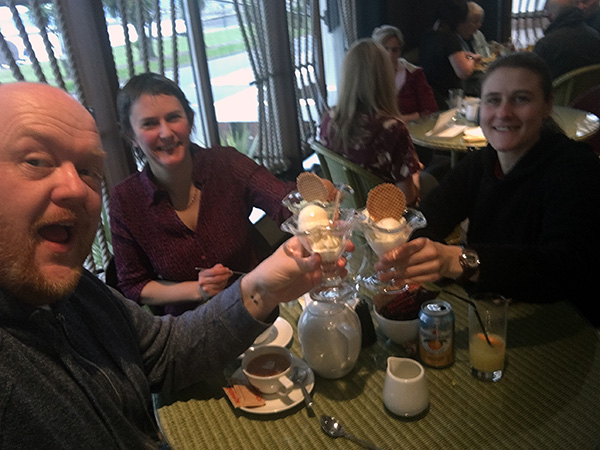 After dinner we also went for a walk – needed it after that bunch of carbs – to ‘The Pencil’. 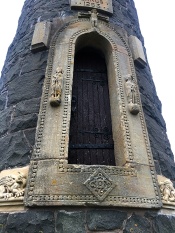 Don’t ask, I have no idea. Mysterious and historic is how I shall sum it up.

Nice view over the water too.

By the time we had got home it was a tad late to start unpacking the box so again stayed myself and flopped onto the bed and snored the night away.

The sun smashed through the windows a little earlier than expected and I leapt out of bed and went to put the kettle on – NO MILK!! How can I have my morning tea without milk?!

Ok, containing the excitement once again I power walked to the shop and minced back with milk in hand and made the brew.

Stabbing the tape on the box with a knife, like Norman Bates on check-in night, I excitedly extracted the contents of the box and – for once in my life – sat and read the instructions and checked through the contents list before beginning the set up.

Insert filament and print plate. Plug in. Connect to computer.

Hmmm, now for something else.

Ok, maybe I should design something?

Can do. I popped over to Tinkercad and created a very basic vase. I mean reeeeeeaaaally basic. Essentially it looked like a tube with a solid bottom but hey ho, it’s just a tester to make sure I can do this – and that it was easy. 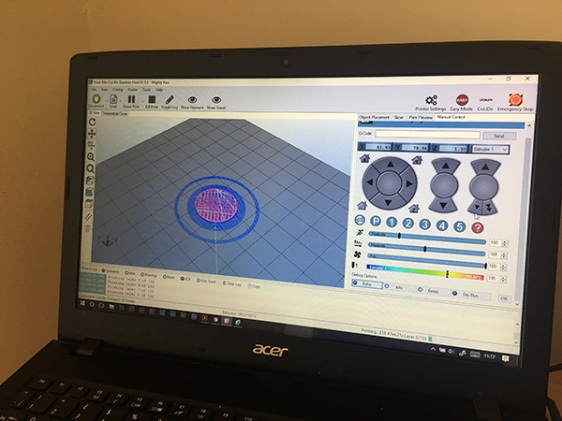 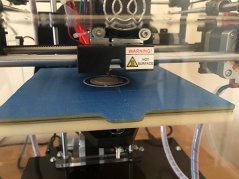 I think that some post printing finishing may be required but I chose to leave that for now and try out something else so I printed up some test square inchies as I wanted to test paints on them later on. More on those another time.

Next I tried printing some faux pearls. The first ones were set at 3mm in size. I’ll be honest with you, that was probably a tad too small for the printer to give good definition on.

So I increased a bunch of them in various increments to do a test and see at what size they came out Ok at. They ranged from 5mm to 9mm in size.

Ok, not bad. Can definitely see the layers in these but there is certainly some dome on those pearls … that’s not a rude saying, is it?

Decided to have a quick try with some post printing finishing.

Here is the process that I followed.

Technically you’re not supposed to be able to sand PLA filament, the stuff that I am printing with, however you can get away with a little for refining the final print.

Kinda just negated the need for the squares now though but at least I have them if I decided to test some other medium out.

Ok, time to try something much bigger now so I went routing for designs and found this one …

… on Thingiverse where they have lots of free files.

I downloaded it and tried to load it into the software … oh dear, a warning message.

The good thing though was that the software suggested a way that I could fix it so I followed that guidance and had the file fixed and back in the software in under 5 minutes – boom!

Right, time to slice and print!

Didn’t tell you before but the software also tells you how long the print will take – this one would take 3 hours. Time to put the kettle back on I reckon and start typing this blog post.

Take that sentence for a time loop Doctor Who! LOL!

Ok, time has caught up with us so we’d best bring ourselves up to date.

Printing went well although I did notice that one side had started to lift a little. Decided that as the printer wasn’t really noticing it and that it wasn’t really affecting the printing I would let it carry on.

Several teas and various tinkerings on the computer later, as I could still use the computer while the machine was printing, and we have the print! 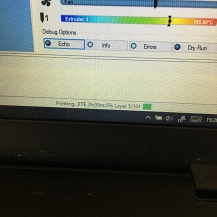 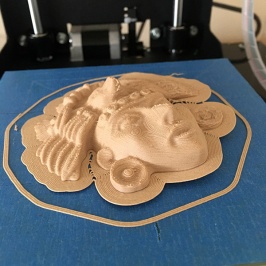 Eek! My head is now buzzing with thoughts and ideas not only to print but to make with the things that have been printed.

I think that I had better go and make this thing that’s in my head right now, using this print out, before the idea goes and maybe I’ll calm down a little too.

Join me for My First Ever Steps in 3D Printing – Part 2 tomorrow!

If you are interested in acquiring a machine for yourself, they are available through Create and Craft TV now.

Thank you for reading and I hope that you found this post interesting.