I’ve often seen prairie points in various guises and creations however I’ve never had a go at these.

The notion of mucking about with these little triangles resurfaced when they were briefly demonstrated during a recent show that I worked on at Create and Craft featuring Debbie Johnson and Kim Suleman from Canny Keepsakes/Six Penny Memories.

I mentally noted down the “how to” in my memory bank of makes but it was only in the last day or so that I have managed to get a couple of days to play in the craft room.

So, given that I had the time and the inclination – I thought that I would have a go.

Although I thought that I remembered how to do it I did go and do a little research to make sure that I had it spot on.

Whilst browsing various methods of doing these I also found out a couple of ideas of what to do with the points when they have been made. One design was called the folded star. As some of you may know I am a sucker for geometric design so I plumped to have a go at that one once I had made the points.

Facts checked and I set about chopping up two different colours of fabric into squares (it should have been three coordinating colours, but I’m a bit low on things that coordinate at the mo) – 12 in colour 1 and 8 in colour 2.

To make a single prairie point I just worked my way through the following steps.

Step 1. Fold the square in half along the horizontal centre and press. 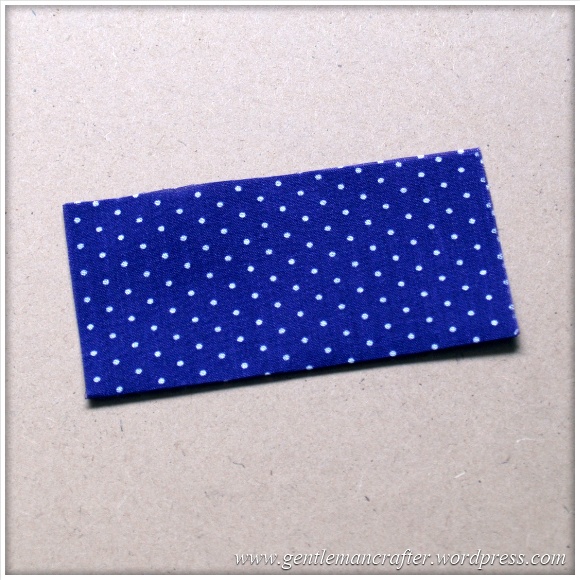 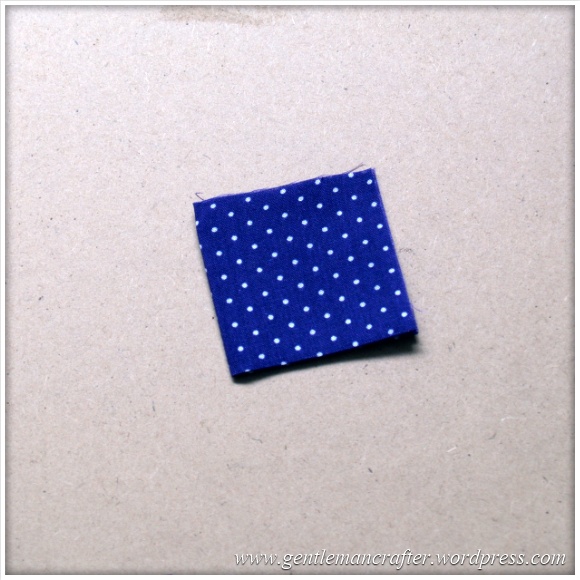 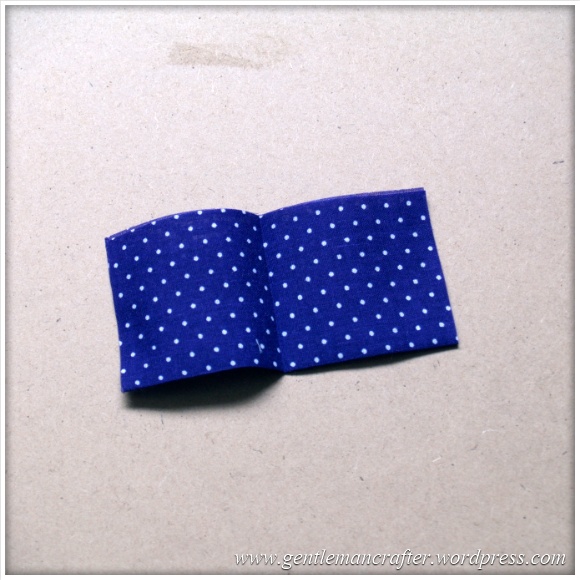 Step 3. Fold one corner over so that it forms a right angle triangle with it’s edge matching to the centre mark that you made in the last step. Press. 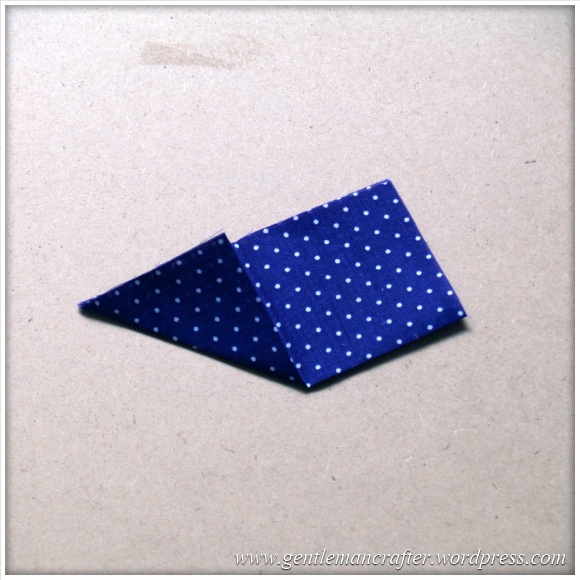 Step 4. Repeat step 3 for the other side. 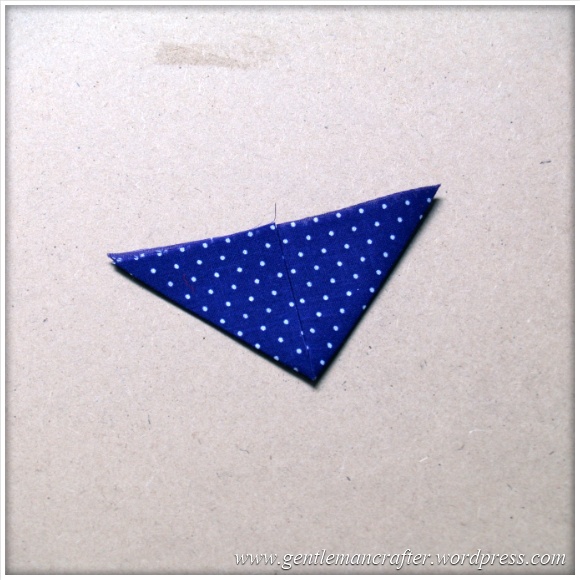 That’s it. Yep, that simple.

I repeated that for each of the twenty squares of fabric.

Now it was time to form the folded star medallion.

First I took a large square of scrap fabric and drew on the horizontal, vertical and diagonal lines shown in the next picture. 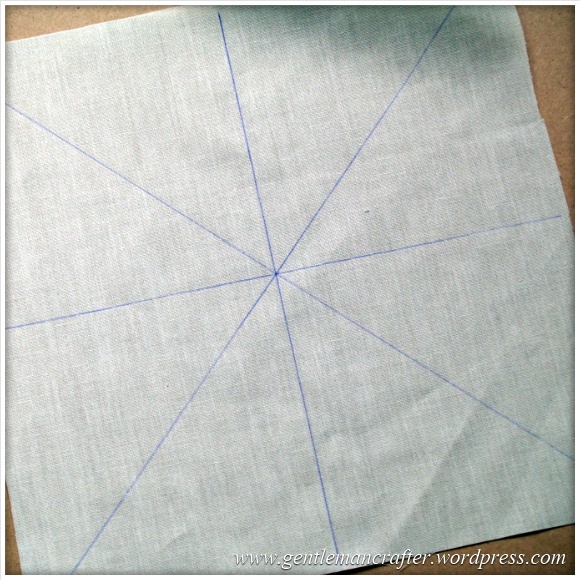 The lines were intended to help me line everything up as I went along.

I read that the centre four points would be located at the centre with the tips touching however I decided that I wanted the points to be slightly apart.

To achieve this I needed to add some fabric that would sit in the “background” so I took a spare square of colour 2 and used some Crafters Companion Heat Fusible Spray Adhesive to stick it in place. 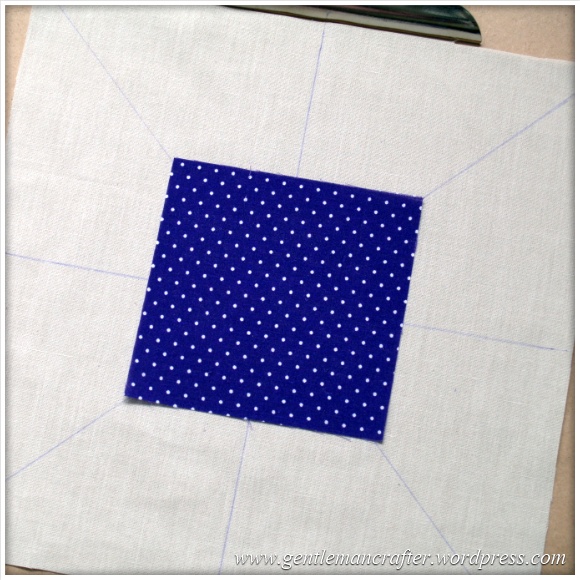 Next I took the four centre points and pinned them in place, like this. 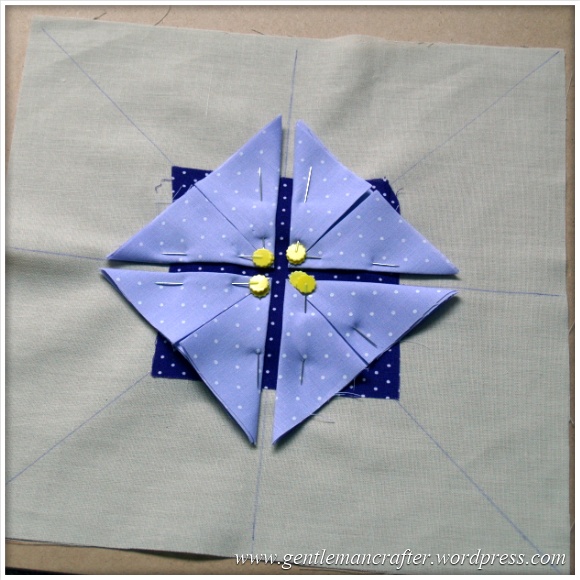 I stitched around them using the edge of my quarter inch sewing machine foot as a guide then removed the pins and pressed the piece. 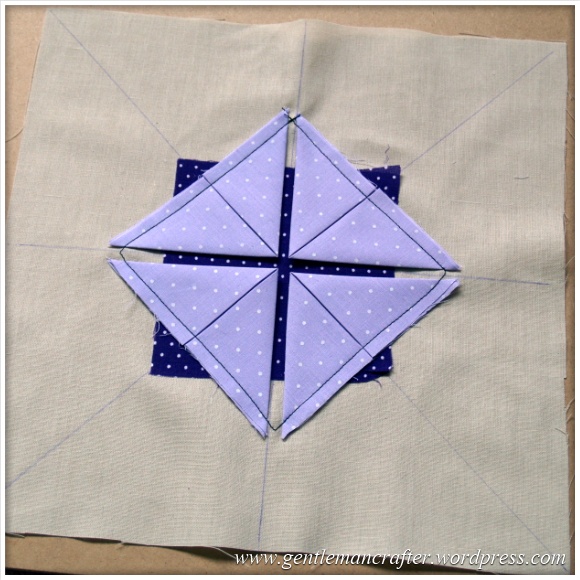 I found that pressing was better than gliding the iron over the piece as it kept catching on the open centres of the points.

That’s row one of the folded star done. I’m pleased with it so far. :)

So, round two was very much the same however I had eight prairie points to add this time.

I therefore chose to do these in stages. First, the four N,S,E & W points. 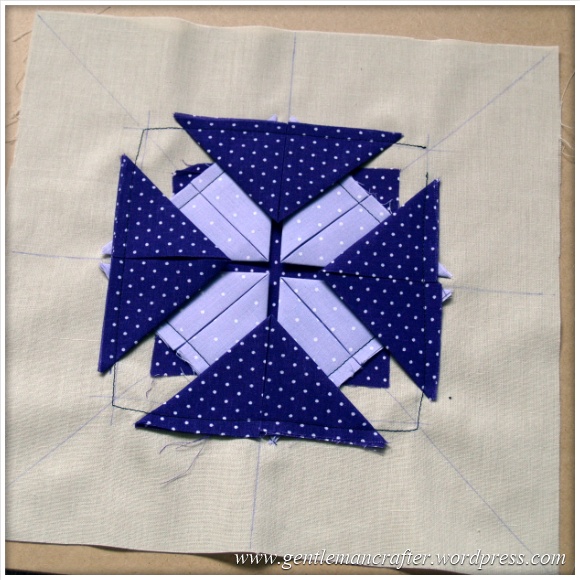 Then the corner points. 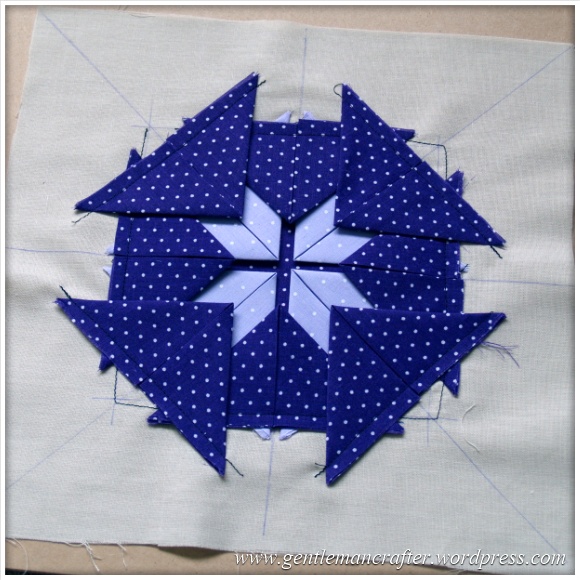 Lining up well with that grid that I drew at the start I see.

Row three was again very much as row two however I switched back to colour 1. 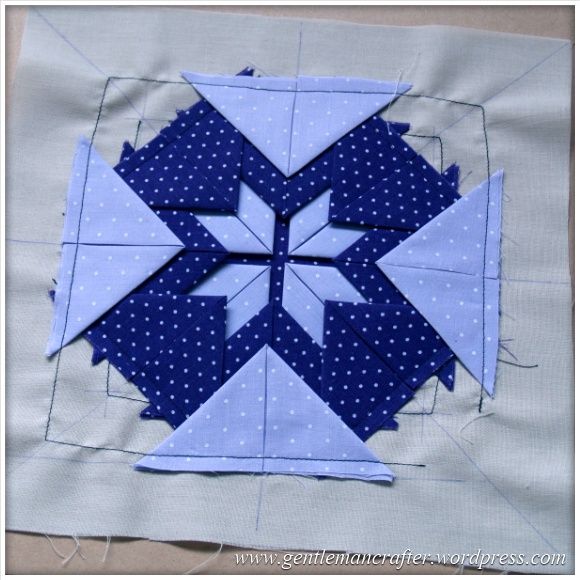 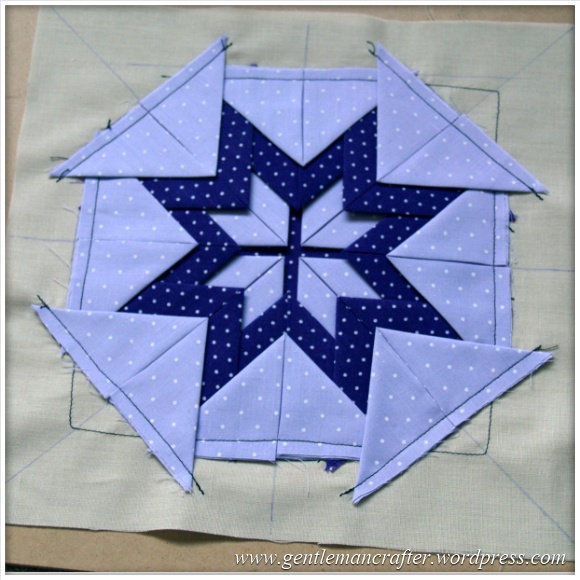 And that, my dear reader, was the whole shebang done and dusted.

Now, rumour has it that these things are traditionally placed into a piece of fabric with a circular aperture.

Not one to buck a trend I thought that I would also put mine in a circular aperture but decided that I would make my frame from cardstock so I cut layers of black and grey cardstock with successively larger holes and then, hey presto, job done.

To work out what size the circle aperture needed to be I measured from the stitch line on one side to the other and then took off a “smidge” – yes, it’s a technical term. I also checked that this measurement would work with all other angles, i.e. the diagonals.

Here is my little wonder looking all glam… 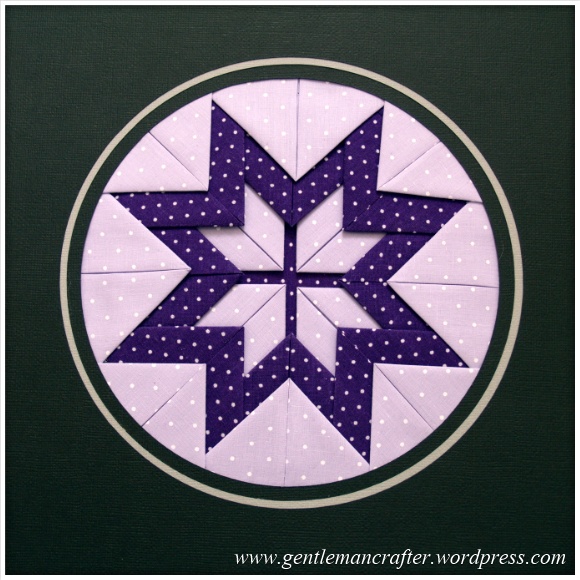 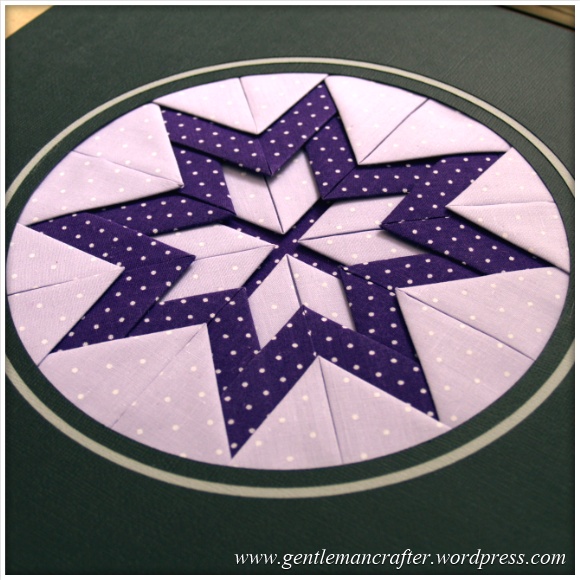 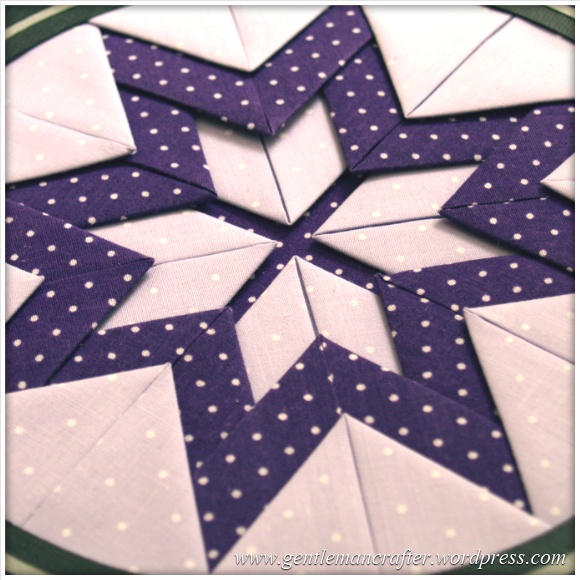 Oh yes, I forgot to mention that I was supposed to stitch down the points to keep them secure however I am a lazy so-and-so so I just ended up using fabric glue – same result, different route *shrugs nonchalantly*. So, I can quickly go from not bucking trends, to bucking them willy-nilly, ah well, c’est la vie ;)

I’m quite proud of this given that it’s my first time ever doing prairie points. I’m even considering getting it framed so that I can hang it on the wall.

I didn’t really have a finished project in mind for this as I was just practicing but I could definitely see myself taking this to the picture framers and getting it professionally framed for posterity.

Are you adapt at creating these beautiful little prairie point medallions?

Anyway, that’s it for this week’s Fabric Friday – I hope that you have enjoyed it.

If you have any questions or comments, please feel free to use the comments section below.

Many thanks for reading.

See you next week (hopefully for handbags!) 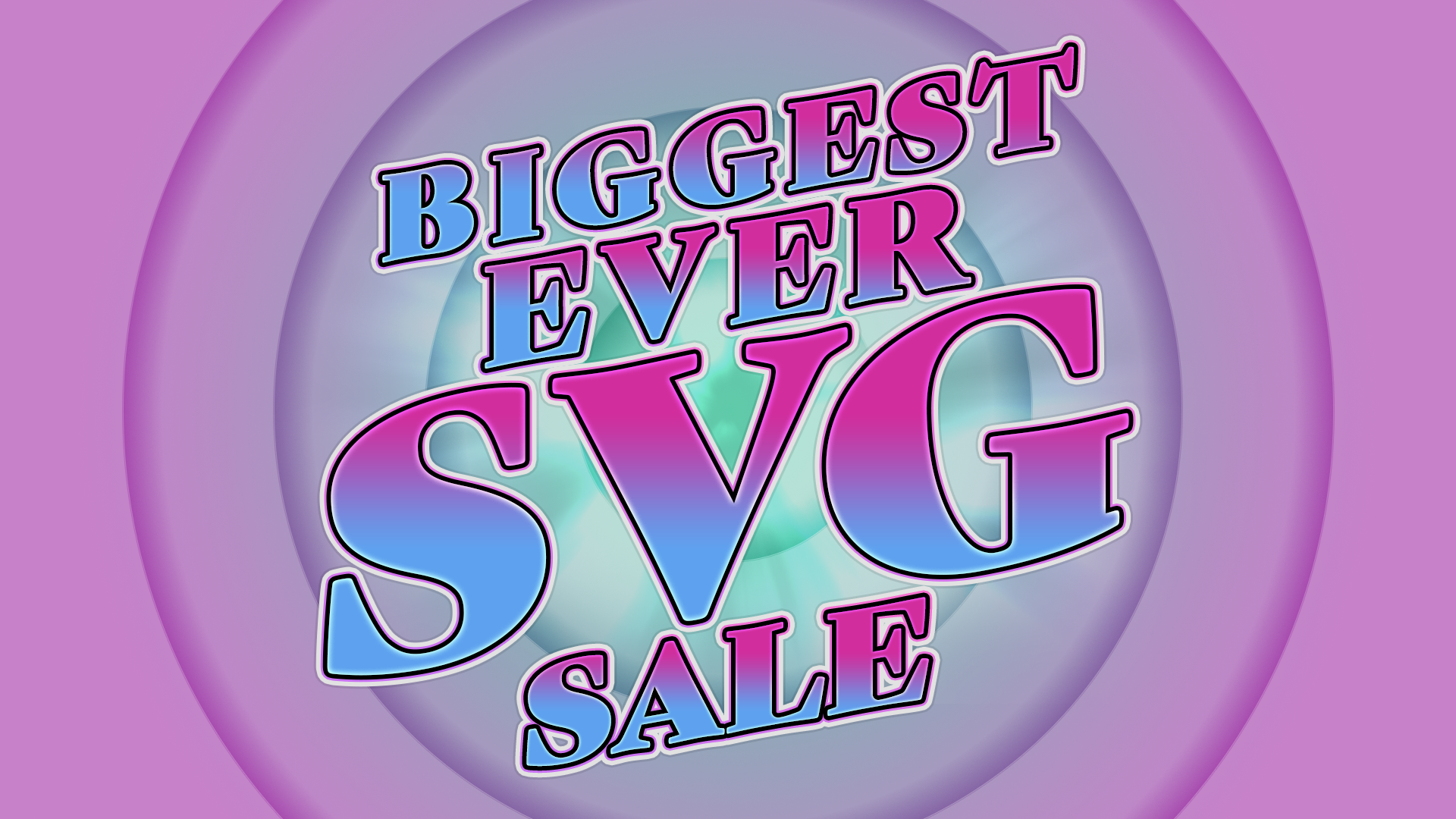 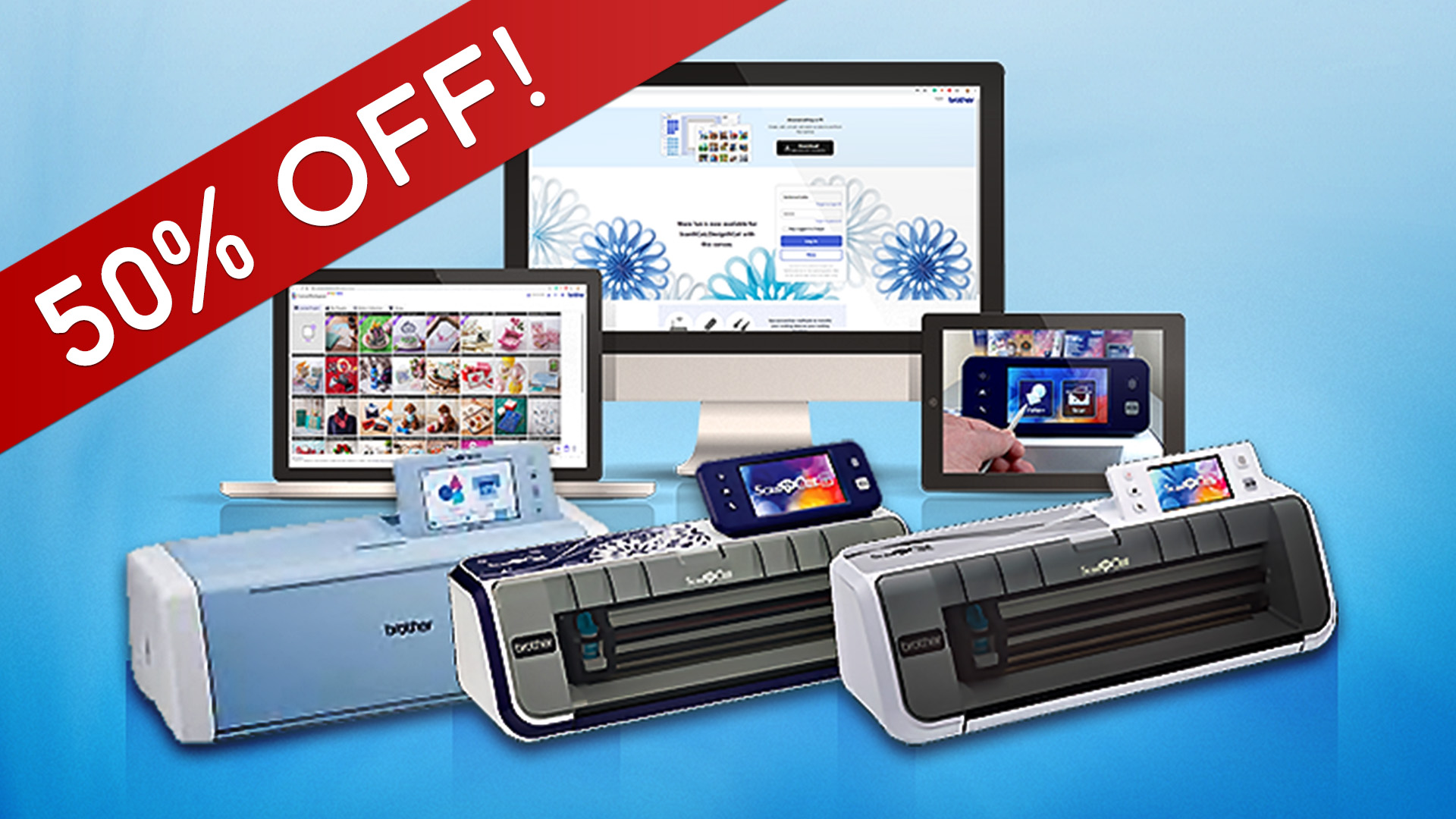